Sneaker is like a staple shoe you have to own today to follow the trend because everybody is wearing it from celebrities to your friends and neighborhood; many of them probably own a pair or more pair. For those who want style and comfort, Nike Air Force 1 vs Cortez are two nice options to pick because not only they have an ageless and versatile look, both are also feeling great in your feet. Go check our article below to see which model suit the most. 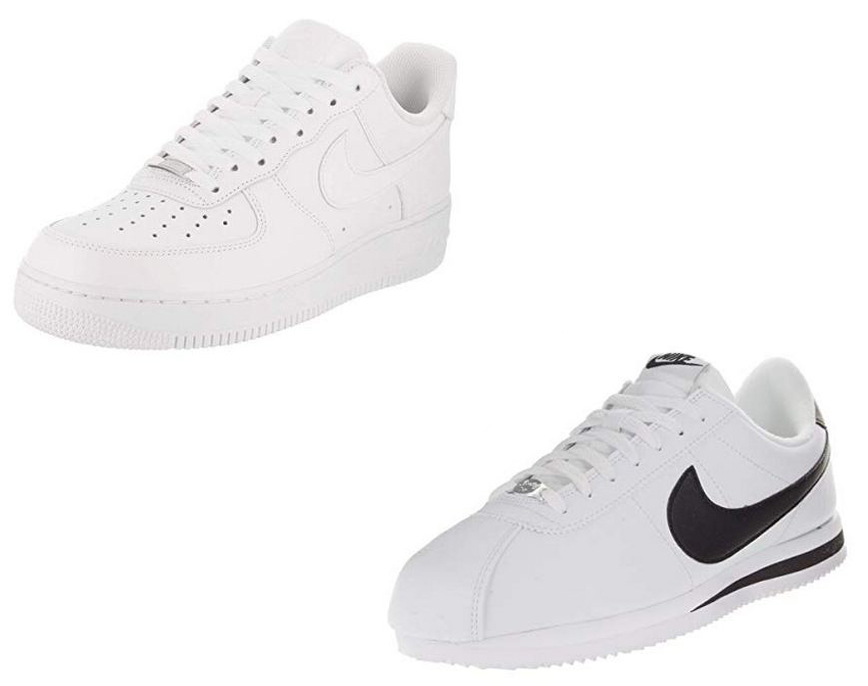 Sneaker Popularity
For many of us, sneaker is like a must have item in your shoe rack because this is the one we are going to wear almost everywhere whether to school, college, hanging out with your friends or even that weekly gym routine. This versatile footwear is very popular and due to the shape and comfort, they are taking the attention of both men and women no matter the age. While being invented since long time ago, the popularity of sneaker seem to not going to subside anytime soon.

In the past, sneakers are made to support those who are going to do sport activities such as tennis or basketball but today, we are not wearing them just to do sport anymore for most of us seems to have a pair just for casual use. Sneaker main function is to protect your feet from the surface or any threatening objects that may lay in your way but also made to support your movement and minimize the impact from your activity.

The first sneaker is made as a sport shoes and the reason why it becomes so popular is not only because of the comfort and build but also thanks to those big companies that doing their campaign by collaborating with many famous people or artists and there are many of them which made only in limited amount thus, the people who are interested in sneaker in general will try to collect them. The limited amount also drive the price higher, moreover, those made with a certain identity.

Above all those nice things about sneaker, just like many items that becomes a trend, it is more like a statement from anyone who are wearing it and also a status representing or to show who you are to other people. They have inimitable power that transcend boundaries of gender, age and socioeconomic standing or positioning which in the end making them the footwear choice of millions people out there including us.

When we are talking about sneakers, there will be several names coming in our mind such as Nike, Adidas, Fila, Converse and other big manufacturer that has become the icon of their own in present day. Among all of them, Nike is probably the most popular with their list of history making shoes own and worn for decades by their customers. Due to how good they perform in the market, many shoes we know today may have already been released decades ago. Read also: Nike Superstar vs Air Force 1 here. 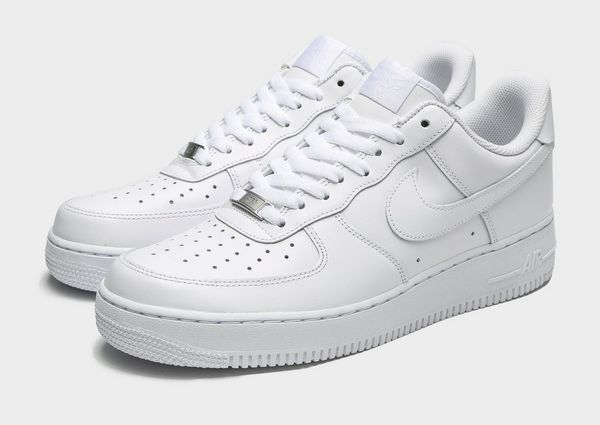 If you are checking Nike catalogue, there will be a huge collections differs from style and technology used such as those made in collaboration with famous artists or designer. While the brand do have a massive options, Nike Air Force 1 and Cortez seem to be the choice of many of us. Both of them are not a new names anymore for those who are following the shoes trend, you can track down for how long they have been made but then improved and so they are.

As for Nike Air Force 1, this sneaker is originally a basketball shoe just like what you may have already know and available in high top when first launched but then followed by the low version like we see today around two years after the initial greeting. This shoe is probably among those with a “cool” pronunciation because the designer is getting the name based on the Air Force One plane which is the one used to transport the president of the United States.

The shoes is indeed very popular but you may not guess it that they are experiencing some down as well in the past because in the 1900s, the shoe is taken from the market for quite some time and made a new comeback years after when people are already very thirsty for a new pair. Nike also renew the shoe and after the reintroduce, this model is gaining so much attention or popularity; some stores even offer some customization when your purchase them.

Moving to Cortez, this shoe is also one of the old-popular from Nike that have been available since our parents are still in high school. It is designed in the late 1960s but made the debut in 1972 during the Munich Olympics Game, worn by the best runners at that time to present the ideal shoe especially for long run. In the beginning, this shoe is made by Bill Bowerman who is a track and field coach as well as the co-founder of Nike with a Japanese footwear brand Onitsuka Tiger.

After the shoes have been entering the market, Onitsuka Tiger want to change the name to be flashier or catching and the name they pick is Aztec based on the Mexican history and the Aztec Empire. Mexico was actually the name of the shoes before changed into Aztec for the 1968 Summer Olympic Games in Mexico. The Aztec draw some legal attention because Adidas already have Azteca Gold track shoe at that time. Cortez then decided inspired by Hernan Cortes who defeated Aztecs.

Nike Air Force 1 and Cortez Design
Due to made originally for different type of sports, Nike Air Force 1 and Cortez are very different when it comes to design and look so we can separate them easily even for those who are not very interested in sneaker in general. AF 1 is basketball shoe so it is padded thicker and build with larger form to be sturdier when you have to do much movement while doing the sport activity. Cortez at the other hand is slightly thinner and smaller to give you a more natural support.

Nike Air Force 1 and Cortez Sole
One of the most important part when you are looking for a shoe, whether it is a sneaker or other type of footwear is the sole since this will give you a certain feeling that may differ from one brand or model to another. In this part, AF 1 is supporting a circular tread pattern on the outer sole and as you can see, the sole is quite thick to give you that support and lessen impact. Nike Cortez shoe is like many other running shoe, featured with herringbone tread pattern. 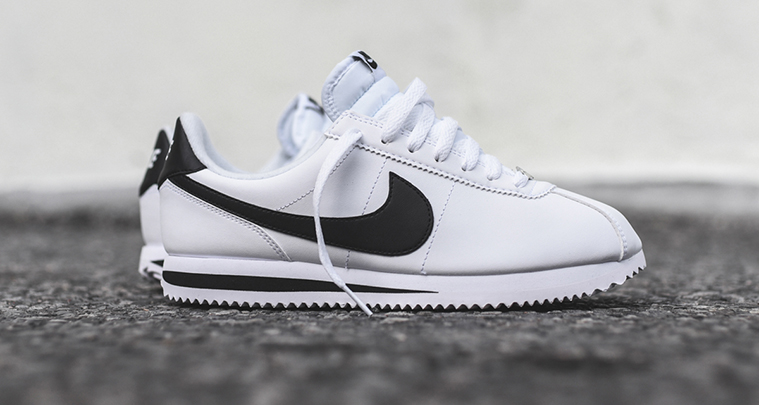 This tread pattern is often seen on running shoe because its ability to give a proper traction for the user when running on different surface but it is more optimal when used for track or long run on smooth pavement rather than used for rocky or loose dirt trail. Above the outsole, there is the midsole and this part is also interesting since it add support to your feet. AF 1 is featured with the popular Air technology like those in Swoosh sneakers.

Nike Air shoes means they have a hollowed-out midsole in which there is an embedded polyurethane pouches filled with dense gas. In short, there is a pressurized air being put inside a flexible bag to give you a flexibility and springiness without really affecting the weight. As for Cortez shoe, this model is equipped with that lightweight wedge style midsole created from EVA material to give it both comfort and stability that are necessary for professional runner and regular user.

Nike Air Force 1 and Cortez Upper
Shifting into the upper part, this place may differ because the shoes are not coming in just one model and there will be difference from one version to one another so we are going to talk for the standard version only like on the sample picture above. AF 1 upper is made with leather and synthetic material in different colors to cover your feet and it has a bulky, high body making it looks very sturdy especially for sport like basketball.

Nike Cortez is also made with regular leather material with some recent upgrade on the lightweight knit design. Due to being made with leather, both of them are not going to be the most breathable sneaker you can purchase today, so for those who plan to wear them while moving for a prolonged hour, you may feel a warm sensation in your feet especially in summer.

Comparison
Now, let’s compare Nike Air Force 1 with Cortez. As you may already know, the basic difference between them is on the type since AF 1 is a basketball shoe while Cortez is a running shoe. Due to this difference, Cortez is more suitable for those who don’t need to do a lot of movement variant and AF 1 is suitable for people who need a soft support because they need to do a lot of maneuver when wearing the shoe. For casual user, in our opinion it only a matter of taste.

Conclusion
All in all, the decision is all yours because not all of us are going to run or play basketball with them. However, in our opinion, if you want to have a soft support and doing a lot of movement, Nike Air Force 1 is the better option between them.

CERTAIN CONTENT THAT APPEARS IN THIS SITE COMES FROM AMAZON SERVICES LLC. THIS CONTENT IS PROVIDED “AS IS” AND IS SUBJECT TO CHANGE OR REMOVAL AT ANY TIME.